A few weeks ago, Pastor Mark Kozak of Providence Reformed Presbyterian Church in Barboursville WV had a heart attack, and God graciously preserved his life. Recently, I invited him to write a few words of encouragement to our fellow West Virginia Christians. 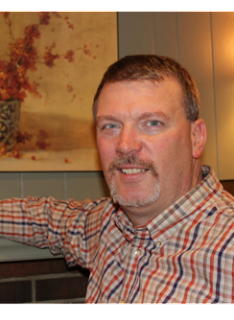 Sometimes you “wake up” in a place you would never have imagined yourself to be: for myself, that includes in West Virginia, as the 51 year old solo pastor of a small-ish PCA church (Providence) , re-learning the basics of Christianity. My wife and I came into the PCA though unplanned circumstance: I was a CPA with the perfect job as financial controller of a very profitable, high paying, low stress, Christian- run engineering firm. It was the dream job… except that it didn’t satisfy. There had to be … well… ”more.” Purpose. Kingdom purpose. More something.

Doors were closing at the excellent Bible church we then attended. The relocation of its founding pastor initiated a pastoral search. As an elder, I was on the search committee… something I was likely unqualified for… at least looking back now. I did not share the desired direction of the rest of the elder board … so for the sake of peace (theirs and ours) we left and began the search for another church. “Presbyterian” wasn’t even on my radar screen…except the large “blip” of what I knew of the mainline (PCUS) church – and that kept me from ever considering being a “Presbyterian.”

But through God’s sovereign, gracious providence, there stood a PCA church about one mile from our Roebuck, South Carolina house. That house was the realization of my earthly dreams: 7 acres of tree-scaped solitude…with 2 self-built shooting ranges, my hobby of choice. Attending that church lead me to not only reformed Presbyterianism, but seminary and close relationship with the man I consider my mentor pastor. By God’s grace, I was headed in a “more” direction.

Nearing graduation - squeezing four years into seven – and the completion of my pastoral internship, I began the church search. That particular presbytery (Calvary) was idyllic – the buckle of the PCA belt, with firmly established roots and excellent reputation. I was essentially offered to take the church of a retiring PCA minister about five miles from my mentor pastor’s church. My initial reaction and ultimate conclusion was that I didn’t want to compete with my mentor pastor. Looking back, I think I got that one right. In God’s all-wise, eternal design, I ended up here, in West Virginia

The first five years of pastoral ministry have been… eventful. In addition to all the usual challenges of Gospel ministry, we added: a totaled automobile in the first month, buried three parents, my wife’s back surgery and pacemaker implant, my quad tendon separation through a fall at the pistol range, with re-attachment surgery, and most recently my heart attack. The doctors (including members of Providence Church) affectionately called it “the widow maker.” Specifically, it involved a 100% blockage in the LAD artery – the main feed out of the heart, supplying the entire body. Leaving the gym on my usual M-W-F routine of cardio, nautical equipment, free weights, etc, I felt the need to sit and rest. After driving home, I asked my wife to drive me to the ER. By God’s grace, we got there in that critical “first hour.”

During my two-day stay, a pastor friend came to read me Psalm 121. “I lift my eyes up, to where my help (actually) comes from… the Creator of heaven and earth.” The primary focus of my pastoral internship in South Carolina was hospital, sick and shut in visitation – those whose eyes are downward cast at all the problems, dangers and cares coming at them, high speed – things which are difficult to look away from, as if our seeing will change the circumstance. In some 9 years of internship and pastorate, I cannot begin to list all the times I’ve read / alluded to that text, pointing others to hope in Christ. Having it read to me in the prone position was a very different experience – the abstract becoming real. The teacher becoming the student.

I recently watched a video of people who saw color for the first time, by means of chromatic eye glasses. The reactions were powerful. To finally see the world as it’s always been just stops you in your tracks. Those who’ve always seen color can understand, but only in a clinical sense. One teen said, “Oh my God….this is the real world? This is actually what it really looks like?” Others were left speechless. Some in tears: words fail. Others kept pulling the glasses back off, and putting them on, again and again, saying, “Its so clear, I can’t believe it.” One 12 -year old summed it up: “Thank you.” For a great gift. For “opening” my eyes. That is the physical corollary to spiritually seeing God’s truth for the first time, personally. Dependently. This was my new view of Psalm 121.

In the PCA we have the habit of calling ourselves (and our theology) “reformed,” partly in honor of the Reformation lead by Jan Huss, Luther, Calvin, et al, primarily in recognition of the reforming work of God’s Holy Spirit through Christ the Living Word by means of the written Word of God, our “only rule of faith and practice.” Its almost a mantra. Likely it comes off as “having arrived,” perhaps a tad arrogant, better than others. The truth is but for God’s grace, we’d be atheists. Reprobates. Those who “enjoy doing evil themselves and celebrate perversity “ generally (Pro 2:14 )

What we (hopefully) intend to communicate is that we are “always reforming’ … never actually arriving this side of eternity, but by God’s grace we hope to be closing the distance, daily. By some account, the phrase originates in the 1670’s from Jodocus van Lodenstein, and a movement known as the Dutch Second Reformation. As Michael Horton writes, quoting Lodicus: “The church is reformed and always [in need of] being reformed according to the Word of God.” Horton continues himself: “The verb is passive. The church is not “always reforming,” but is “always being reformed” by the Spirit of God through the Word. Although the Reformers themselves did not use this slogan, it certainly reflects what they were up to.”

This is not about innovation, but as Anna Case-Winters noted intends “ the sense of returning to the ‘root.’ “ It is about returning to Scriptural truth, given our universal propensity to wander from it. John Calvin communicated the same in his treatise “The Necessity of Reforming the Church,” an appeal for the Church to return to New Testament (as an explication and revelation of Old Testament) truth.

The “reformation” here required for churches actually happens in the lives of individuals – you and me, by means of God’s gracious, sometimes hard, providences. “For whom the LORD loves He reproves, Even as a father, the child in whom he delights.” (Proverbs 3:12) The truly scary thing would be to never experience the chastening, reforming hand of a loving God, who turns widow makers into worship multipliers, as those not under His reforming providence are also not under His relentless preservation.

Two types of “reforming” exist – salvation, and sanctification… both provided by the Giver of only good gifts to His children. May we all “wake up” to that reality.
Posted by ReformingWV at 10:38 AM