What is Reformed Theology?

The Protestant Reformation occurred in the 1500's. For centuries, the Roman Catholic Church had cluttered and contradicted the Bible's teaching. Martin Luther, Ulrich Zwingli, John Calvin, and many, many others sought to realign the church's faith with Scripture alone. All of today's Protestant denominations (Baptist, Presbyterian, Methodist, Lutheran, etc.) owe their existence to this Reformation. Reformed Theology refers to important Biblical teachings that contributed to and followed from the Reformation. It is most commonly associated with 1) the Five Solas, 2) Calvinism, 3) Covenant Theology, and 4) Confessionalism.

Five Solas of the Reformation

The term Calvinism honors the contributions of John Calvin (1509-1564), who wrote one of the most important theology books to come out of the Reformation, Institutes of the Christian Religion, which has impacted nearly every denomination of Christianity. Calvinists believe that God has planned and guaranteed, for his own glory and before time began, all that will come to pass, including the salvation of all those who will believe in him.

Some object to the famous Five Points of Calvinism, sometimes known as the Doctrines of Grace. You can learn more about those who object to Calvinism here. Of course, Calvinism is much more than five points, and Reformed Theology can never be boiled down to merely these five points, but history has spotlighted these:
These five points are often remembered using letters that spell the word TULIP: Total depravity, Unconditional election, Limited atonement, Irresistible grace, Perseverance of the saints.

Can you hear in these Five Points why they are sometimes referred to as the Doctrines of Grace? If everyone deserves condemnation, and God doesn't have to save anyone, but he does anyway through the gift of Christ, what else would you call that but grace?

In Covenant Theology, the Covenant promises of God unite the entire storyline of the Bible. That storyline covers thousands of years, so it is difficult to summarize in short paragraphs. But here is a broad overview of the Covenants in Scripture:
God revealed his Covenant of Grace to and through various other "heads" before Christ, demonstrating humanity's insufficiency and need for Christ: Noah, Abraham and the patriarchs, Moses, King David and his descendants. We sometimes refer to these as the Noahic, Abrahamic, Mosaic, and Davidic Covenants, although they are all partitive revelations of the one Covenant of Grace. In bits and pieces, God revealed through these that his kingdom would comprise a people, and land, a king, and the pinnacle of the kingdom promise would be eternal fellowship with the one true God. 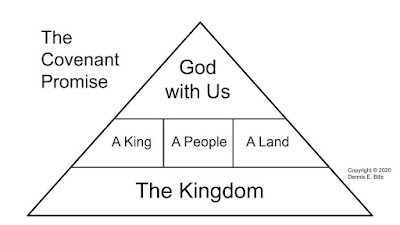 In the New Covenant, God kept the terms of the Covenant of Works through Jesus Christ on behalf of a people who could never do it themselves. This is why it is called a "Covenant of Grace." As the new head of a New Creation, Jesus kept the law on their behalf and took their punishment in their place. This is what the Bible means when it calls Jesus the "second Adam."

The unfolding story reveals that this New Covenant was God's plan all along, and the plan was bigger and better than anyone fully knew under the Old Covenant (although there were many mysterious hints along the way):

The Old Covenant always pointed to the New Covenant in which Christ kept the terms of the Covenant of Works for his people. Together they showcased God's perfections: his goodness, his justice, his mercy, his power, etc. Together they glorified God.

Reformed churches and denominations summarize the message of the Bible in statements of faith called Creeds or Confessions. These creeds and confessions are usually very old, because what these churches and denominations believe is nothing new. They are repositories of what the Holy Spirit has been teaching the church for centuries. Reformed Churches value them for several reasons:
"No Creed but the Bible"

"No creed but the Bible." You may have heard something like this before. Unfortunately, this statement fails to acknowledge that all Christians, churches, and denominations make statements of faith every time they summarize, teach, or preach anything about God. Unless one is willing to preach using only the words of Scripture and nothing else (in other words, to simply read the Bible aloud), one cannot avoid creating informal statements of faith in every conversation about God. Even most modern, "non-creedal" churches include in their constitutions some brief Statement of Faith. They therefore have no grounds to argue against the use of more formal, lengthy, time-honored Statements of Faith. "No Creed but the Bible" is just not possible. Whether written or unwritten, formal, or informal, all churches create Statements of Faith. Why not use one that has providentially stood the test of time?


The Westminster Confession of Faith

Reformed creeds come in different shapes and sizes, but they tend to share many of the same ideas. Chief among them is the Westminster Confession of Faith (WCF). In the mid-1600's dozens of godly scholars and preachers collaborated for years to accurately summarize the teaching of Scripture. Today, the WCF is chiefly used by the Presbyterians. But the Baptists have their own version of it--The London Baptist Confession of 1689. They used the WCF as a template for this confession, which reveals that the they share a heritage similar to the Presbyterians. Technically, the Baptists were historically called "particular" rather than "Reformed," because "Reformed" historically belongs only to confessional churches who embrace Covenant Theology.

Today the word "Reformed" has been somewhat watered down as more and more non-Presbyterians have claimed the label. It is enough for most historically Reformed churches to know the history of the word and issues at play. Many therefore do not begrudge the use of the word by those whom history would not technically call "Reformed" (although they wish the Baptists would be more "particular" with their language).  Since the London Baptist Confession shares so much of Reformed theology's heritage, many in the Reformed community wish the Baptists godspeed in the common cause! They are pleased to join together in the propagation of the Gospel in West Virginia!

Email ThisBlogThis!Share to TwitterShare to FacebookShare to Pinterest
Home
Subscribe to: Posts (Atom)
About
ReformingWV.org and ReformingWV Publications provide print and digital resources in the Reformed tradition with the goal of increasing the influence of Reformed Theology in the great state of West Virginia.
ReformingWV Print Publications