A Response to Tim Challies: The Locus of Evil

Tim Challies has a fascinating post that got me thinking about the Locus of Evil. I drew up a quick scheme to help me think through some some of his ideas: 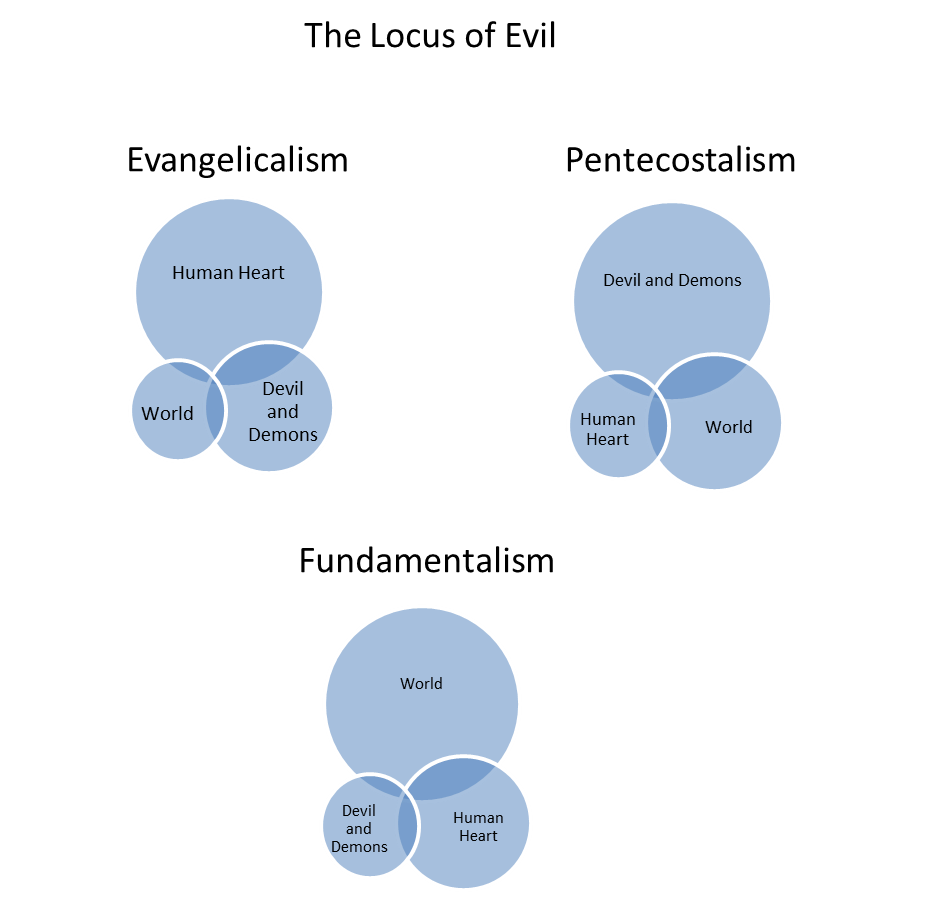 This graphic interested me as an aid to thinking through the various emphases of the groups.  I bet each group would quibble over whether or not each truly emphasizes what Challies suggests they emphasize.  For instance, as a former Fundamentalist with a growing appreciation for my heritage, I would suggest that Fundamentalists would not necessarily agree that they place the locus of evil more in the World than in the human heart.  Pentecostals I just do not know enough about, although the graphic seems to fit the stereotype. But I know many Fundamentalists, Calvinists even, who have a very healthy understanding of human depravity.

Challies suggests that each might be imbalanced and a more accurate graphic might reflect a better balance (my graphic, not his): 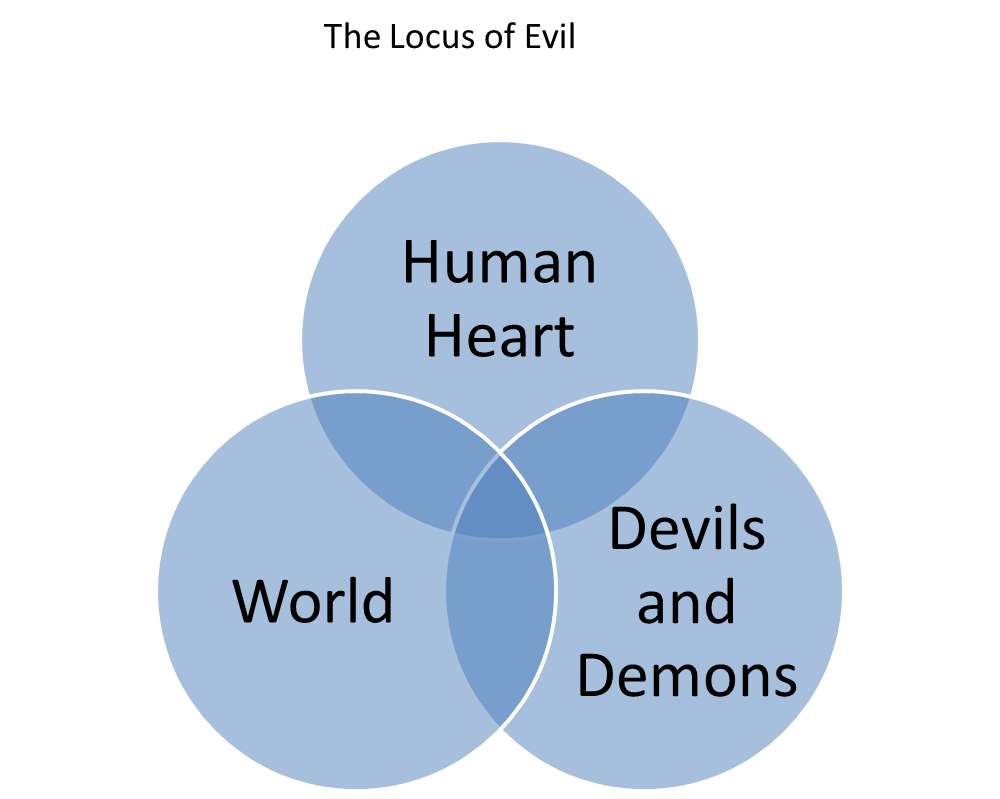 But I really like how Challies' post led me to this observation--While the Fundamentalists might disagree with his attribution of emphasis, I think it is undeniable that they believe in a distinct category of evil called "world" that Christians should separate from.  Even if they deny that, the existence of that third category is presumed in their language and practice.

What I mean is this:  Evil is personal in nature.  Evil is the failure to love as God commands. There is no evil in the impersonal because there is no love in the impersonal. The locus of evil is within the hearts and acts of men and devils.  Therefore, "world" or "worldliness" is better thought of as an abstraction that contains the evil of men and devils.  It has no separate existence as an impersonal, distinct, unholy, third thing. The diagram should reflect that.  Would this do it? 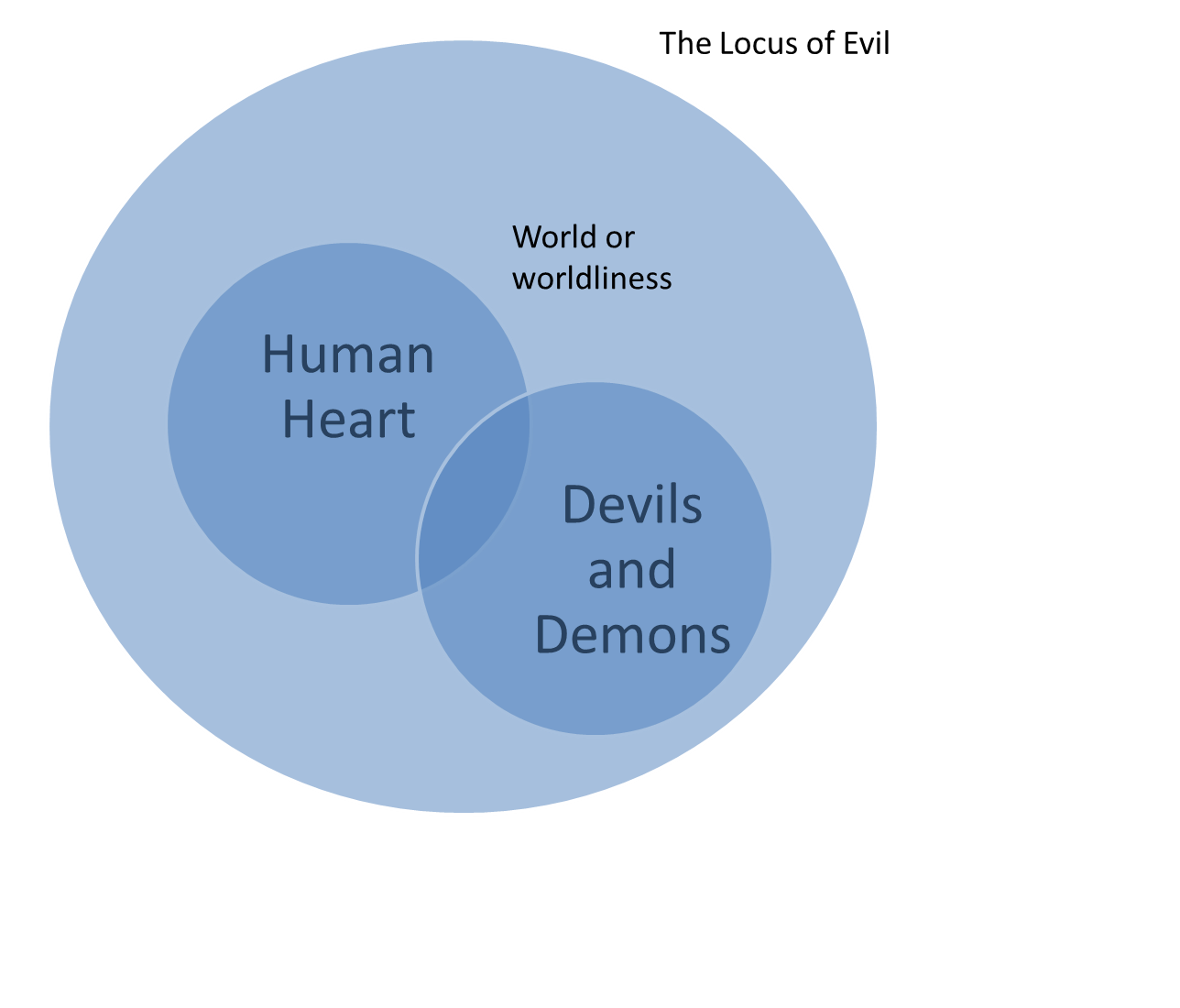